Today Biržuvėnai is valuable in the 18th-19th centuries. a large wooden manor house reflecting the natural evolution of such manor houses during feudalism. It fully retained all the characteristic parts of these homesteads (representative, farm, industrial and residential areas) with relatively well-preserved traditional dwellings. The architecture of the buildings reflects the development of the manor house for more than 200 years, which includes the Baroque, Classicist art direction. The most valuable of the buildings - 18th century. buildings in the representative part of the manor.

This manor was repeatedly renovated and the largest reconstruction took place in the 19th century. in the middle. The estate suffered a great deal during the Soviet era, when it had a Soviet economic center in its territory and many of the buildings were not used for their intended purpose. Manor House burned down at the end. Before the fire, the lord's house housed a library and museum exposition. 2005 In Biržuvėnai Manor, porcelain of Count Gorskis' family was excavated - a total of 290 porcelain dishes and two silvered champagne vases, which were handed over to the Samogitian Diocese Museum. Most of the porcelain found is from the 19th century. Saxon manufactory.

Biržuvėnai Manor House was restored in 2011. Efforts have been made to preserve the authenticity of the restored gentlemen's house. After the fire, the manor had to be rebuilt with modern materials. The house is decorated with antique furniture. Authentic fireplaces with eighteenth-century remains remain here. tiles, chimney, floor tiles. There is also a penthouse in the house, which mainly contained living rooms. One site houses a library. Visitors will be able to see the living room and the kitchen, the master bedroom, the office and other facilities. Near the house of the gentlemen, the official, stable and carriage are rebuilt. 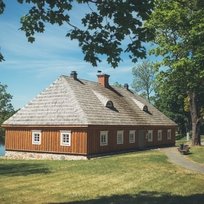 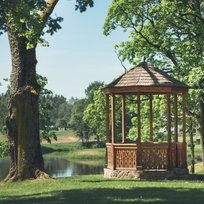 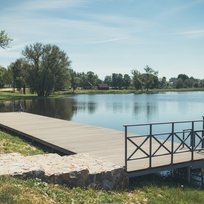 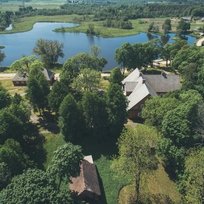 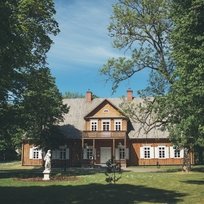 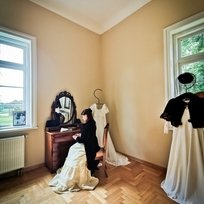 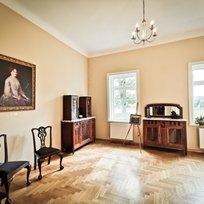 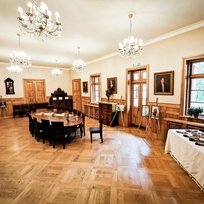 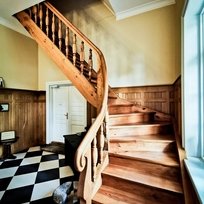 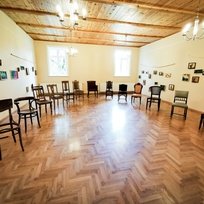 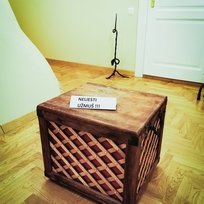