0.9 km west of the Telšiai-Varniai road and 0.5 km northeast of the Public Pass on Kungiai-Viešvėnai II Road, on the left bank of the Public River, in the forest. The area of the mound is about 5.5 ha. It is believed that the mound in 1253. The Curonian castle Lord was standing in the 19th century and the Getautė mound on the left bank of the creek is the beginning of the old Lord's. People in the area tell stories that giants have flooded the mountain and handed them a handful of lands. Another story tells that the Swedes had dungeons on this mountain where they stored jewels, weapons, food for themselves and horses. In the old days, an open cave led to the cellars of the mountain. The mound covers an area of about 5.5 ha. It is protected by the state. In the course of research, found ceramic with a rough surface dating from the 1st to the 9th centuries. East of the mound near the road Telšiai-Varniai there is a hill surrounded by trees called Goya. V. Valatka, an archaeologist on the Goya Hill near Gateway, states that "sacred groves or gays are also characteristic of mound culture." Therefore, one can speculate that the Gay was a ceremonial place, and the Lord of the Flowing was considered holy. Traditionally car racing is organized here. 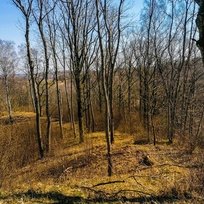 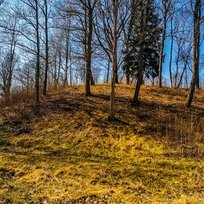 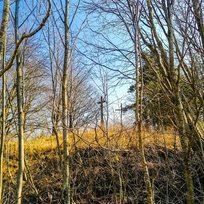 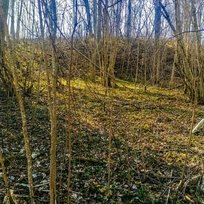