It is located about 250 m north of the Žarėnai-Plungė road, on the right bank of the Minija River. The mound is elongated, the slopes are steep. People have been living here since the 5th-4th centuries. BC

Pliny was believed to have been a mound-pier. This mound was built in 1959-1962. researched by V. Valatka and his assistants. There was a large settlement at the foot of the mound. Traces of the camp fireplace, molded, lined pottery, clay spindles, Djakov-type weights, metal melting furnaces were found. Remains of residents' above-ground dwellings were also detected.

2018 The mound of Pliny (also called Plienija or Paplienija) also appeared on the road in the western part of Lithuania. The mound on the outskirts of Minija was overgrown with impressive lime trees. Unfortunately, after the storm, more than 20 trees were uprooted, other trees were broken or split in half. For this reason, it is currently unsafe to visit this mound. 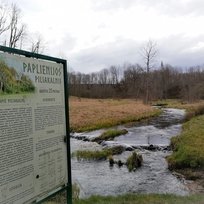 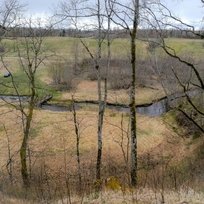 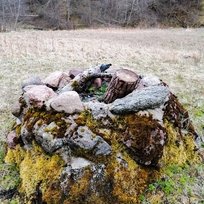