Forest of the God of Thrones

In the Forest of God's Chair in Telšiai district 1949 On the morning of May 21, the MGB (Ministry of State Security of the USSR) from Telšiai blocked a large part of the forest where partisans were hiding. It is believed that the enemy was informed of the whereabouts of the partisans by the traitor. Seven guerrillas were killed in the battle. Aloyzas Mažutis - Šarūnas, commander of the Šatrija national team. Four guerrillas were captured, three of them severely injured. The leader of the company Edmundas Rėkašis - Lakūnas and Stephen Rėkašis - Darius managed to break out of the siege.

The burial places of the guerrillas who died during the battle have been identified by brothers Alfredas and Romualdas Jonušai, according to witnesses and KGB documents. 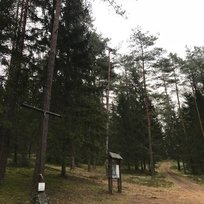 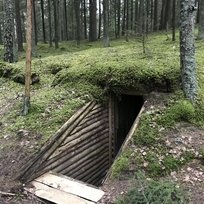