St. Alexander Church in Varniai is the oldest church in Samogitia.

In the year of the founding of the Medininkai diocese, which eventually became the Samogitian diocese, there was already a parish church in Varniai. In the same place where the new St. The building of Alexander Church, formerly the other, was built by Vytautas the Great and was built in 1417. consecrated st. Alexander Church, according to the Christian name of Vytautas the Great.

From the 15th century. The early church was rebuilt several times, and its current image was born in 1779. The building combines features of late Lithuanian Baroque and wooden folk architecture. After the Second World War, the Soviet occupation of St. Alexander's Church was closed and destroyed, and returned to the faithful and completely restored in 1991. 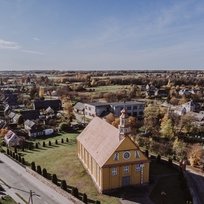 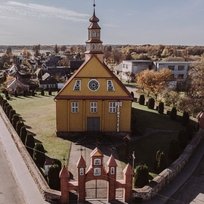 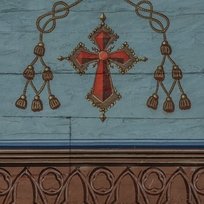 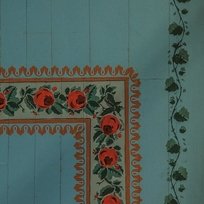