At the beginning of the Second World War, from the former Telšiai prison in 1941. On the night of June 24 to 25, the Bolsheviks took 76 political prisoners to the Rainiai forest and brutally killed them there.

At the beginning of the second Soviet occupation, the construction of the chapel was demolished and the Rainiai forest was cut down. To make people forget the terrible tragedy and its culprits. However, the suffering of the Rainiai victims did not fade in people's memory.

According to J. Virakas' sketches, the chapel project was made by the chief of Telšiai district. architect A. Žebrauskas. It was decided to build a chapel in Rainiai, because there was no more space in Telšiai cemetery.

The Chapel of Rainiai Suffering was consecrated in 1991 to commemorate the 50th anniversary of the murder of martyrs. She also immortalized the memory of all the victims of Soviet terror. The ceiling of the chapel is decorated with frescoes (author A. Kmieliauskas) depicting Rainiai martyrs. The windows are decorated with stained glass windows depicting suffering (author A. Dovydėnas).

A cross is erected in the woods next to the chapel, where political prisoners have been tortured. 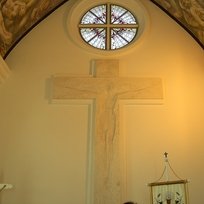 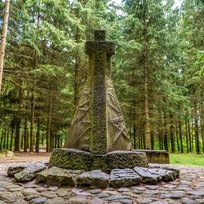 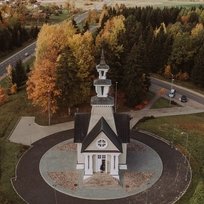 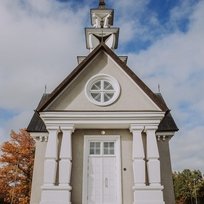 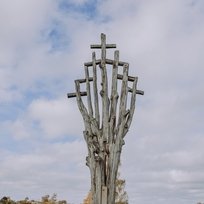