Pavirvytis manor homestead was founded in the 18th century. at the end. Belonged to the nobles Shemeth. Napoleon's March 1812 During his stay in Russia, the French lieutenant Pierre Druve remained ill at the manor. He was cared for by Martta, the only daughter of the landlords. The young people loved each other. The lonely Samogitian landowner and her beloved Pierre Druve married and together with the French army, having experienced various adventures along the way, went to France and Burgundy. Two decades later, at her parents' request, Martha and her husband returned to Pavirvytis. The Druviai of the locals were called the Ruins.

The manor homestead was called Drupine by the people of Tškiškės. Their descendant Antanas Ričardas Druvė (1867–1919), while studying at the St. Nicholas Cavalry School in St. Petersburg, became close friends with Karl Gustav Emil Mannerheim (a joint picture of the two has survived).

Pavirvytis manor homestead until 1940. The Soviet nationalizations that began in the summer of 2006 belonged to two families of Druvian descendants - Elena Bliumbergiene and Michalauskas, had almost 250 ha of land and were an exemplary farm run by a demanding German man - housekeeper V. Bendžius. Pigs and cows raised here won prizes in exhibitions in Šiauliai. After the Juodupis stream was dammed, the manor's water mill operated. The homestead was decorated with a pond, hedges and flower beds. The manor has a large art collection, which was preserved during the First World War, as well as other property (furniture, tapestries, carpets, porcelain dishes, a rich library) in 1940. Red Army soldiers, housed in the manor house, took him by rail in an unknown direction.

The war also confused the fate of the owners of Pavirvytis. The Michalauskas were deported to Siberia, and their son V. Michalauskas, who was ill at the time, remained in Lithuania. The father did not return from Siberia.

The 200-year-old unique, wooden mansion of classical architecture was destroyed and rebuilt during the Soviet era, but has retained the authentic and undamaged façade structure.

Pavirvytis is an exceptional Lithuanian manor. In rare cases, one can meet a true heir. Valdemaras Michalauskas is the only descendant of the former owners of the manor, to whom, after the restoration of Lithuania's independence, the homestead of Pavirvytis manor with the surrounding estate was returned. Officially, the homestead of the manor belongs to Mažvydas, the son of Valdemaras and Sofija Michalauskas, based in France, where he practices law. Mažvydas Michalauskas is also the chairman of the Lithuanian youth community in France.

Pavirvytis is the first wooden manor house in the Telšiai region to be arranged from the beginning to the end, to which the state also made a significant contribution to the revival, reimbursing the owners part of the restoration costs. 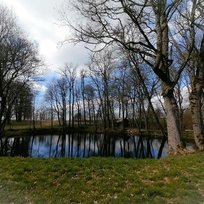 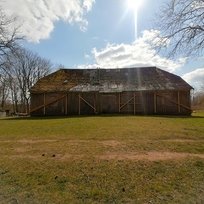