The town of Luokė was first mentioned in historical sources after the baptism of Samogitians, and in the order of Samogitian baptism and Vytautas the Great to build 8 churches in Samogitia, one of which also emerged in Luokė. Although the church has been repaired and rebuilt many times over the six centuries, it still retains folk architectural forms.
1413 Samogitians were baptized, and shortly afterwards, it is believed that in 1416, the Luokė Church was built. The first bishop of the Samogitian diocese lived in Luokka. Historical sources show that it was rebuilt several times (in the second half of the 16th century and in 1774). Although the exact reasons and dates remain unknown, it has been well recorded that all times with the help of the Samogitian bishops, to whom the church was subordinated, and the parishioners, the building was rebuilt.
19th c. Luokė parish was one of the richest in Samogitia, it owned almost 8 thousand. people, and at the beginning of the century the church was darkly repaired, a new wooden chapel was built. 1863 June 12 In the church, priest Justinas Siesickis read the revocation of the rebels in Lithuanian and was deported to Siberia for this. 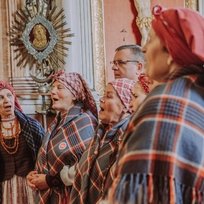 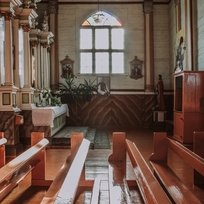 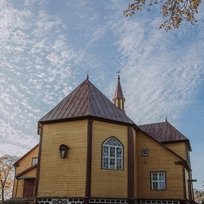 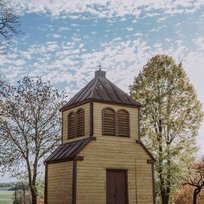 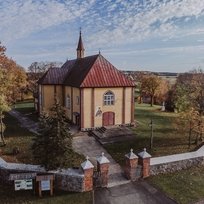