Blessed Church of the Assumption of the Virgin Mary

Telšiai parish was founded in 1536. In the same year, by the order of the Duke of the Grand Duchy of Lithuania Sigismund the Elder, the Telšiai St. Church of the Assumption of the Virgin Mary. In 1612, a parish school was established there. The church was rebuilt and rebuilt several times, but it only reached these times in 1619. the church bell was cast.

1700 The new church, built in 1814, suffered during the Northern War with Sweden, and it was only after a long period of plague and famine, in 1788, that repairs began, but in 1814. It was closed and soon demolished at the behest of the Russian tsarist government. After 1831. The tsarist government of the uprising also took away the church lands and destroyed the former cemetery on Vilnius Hill.

1867 in the same place built a brick neo-Byzantine style St. Church of St. Nicholas the Wonderworker with a tower-bell tower. This church was much more luxurious than the previous church, it was equipped with many icons and luxurious, decorated liturgical books, because in an attempt to convert more local people to Orthodoxy.

The land of Telšiai parish was returned to the parish in 1935. The Orthodox community received compensation for this, and the building itself was considered to be demolished and rebuilt. In the end, it was decided to just rearrange it. After the Soviet occupation of Lithuania, an attempt was made to close the church, but due to strong opposition from the community, it was not possible to do so.

Telšiai St. The Church of the Assumption was renewed again in the 21st century, but it still has a wide and rather unusual variety of styles, including neo-Gothic, Neo-Baroque and Neo-Byzantine features. 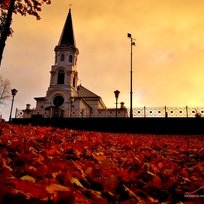 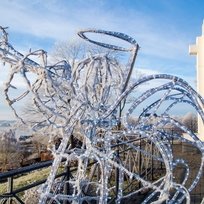 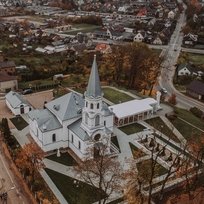 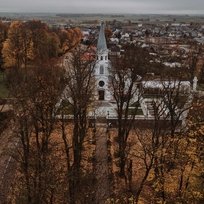 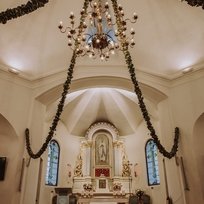